Being environmentally friendly is a privilege 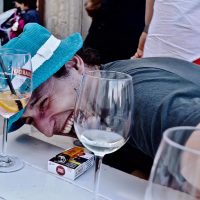 Whoever told you everyone is responsible for the climate crisis obviously doesn’t read the news. Companies burning down the Amazon for their palm oil; almond growers massacring bees to make their milk; Bayer spreading biodiversity-killing herbicides and poisoning rivers. The list of multinational corporations that don’t give a toss about the environment seems endless, and recent statistics suggest over 70% of global greenhouse gas emissions can be sourced to just 100 different companies.

Why is the onus on us, then, to change our lifestyles? We are the ones berated for not switching off our lights, for using plastic bags, for turning the water off while we’re brushing our teeth. And those are the easy things; we’re also expected to buy more ethically, cut down on our meat consumption, and travel less.

Which isn’t to say these aren’t important factors in tackling the crisis when done regularly by a large number of people. The problem with especially the second list of expectations placed on the layman is that it doesn’t take into account that being more environmentally conscious is a privilege which has a lot to do with money. Generally, those who are going to be the most affected by this crisis are the poor, the working class. Unfortunately, they are also the ones being demonised for their habits — habits which they don’t control, but are thrust upon them by the nature of the system in which they live.

We cannot change our ways if the solutions aren’t offered to us. Sure, the privileged few can buy everything Bio, swap almond milk suppliers to look after the bees, and stop eating meat (because it’s probably the biggest emitter of greenhouse gases, or at the very least in the top three). But your average working class household can’t afford to do these things.

The almond milk problem is a perfect example of how the industry simply refuses to change. Many people don’t drink diary milk for reasons pertaining to their conscience (and not just because they don’t tolerate lactose). Demand for almond milk has increased by 250% in America over the last five years alone, and experts see no signs of it slowing down in the near future. How does the almond industry deal with this huge strain? They come up with industrial-size techniques for farming almonds, which includes spraying their crops with pesticides which kill bees in their thousands. The average beekeeper who loans out their hives to almond farms loses a third of their bees due to the pesticides used to make this crop.

For those who switched to a diary substitute to stop contributing to the atrocity which is dairy farming, this is a huge slap in the face. Stop buying one ethically compromised product, increase in demand makes your substitute just as bad. And that’s after people make sacrifices to buy these products — almond, oat and rice milk are several times more expensive than diary milk. Regular people don’t have enough power to control the means of production — which in this case involves killing millions of bees — which means they can’t effectively change the market. And for those who do have the money to switch producers, there are many who can’t afford substitutes. Unfortunately, though, the kids still have to have their cereal in the morning.

Almond milk is just one example of a larger class issue. When it comes to giving up meat, it has, it must be said, been made easier to be a vegetarian in the recent past. I don’t think I’ve ever been into a sit-down restaurant and not been able to order a vegetarian main dish, and even I remember that wasn’t the case everywhere just six or seven years ago. In most big cities, vegan and vegetarian restaurants have become popular enough that they aren’t out of the financial reach of most people any more. But not enough people are going vegetarian quickly enough for this to make a difference, and industrial meat production (again, perhaps the worst contributor to a climate crisis which is currently in the final throes) is still significantly cheaper than buying, for instance, tofu.

Expecting people to consciously eat less meat is not only unrealistic, it’s unfair. It’s a privilege to be able to buy more expensive meats, even if you buy them less frequently; it’s also a privilege to have the time to think about what you’re eating week in, week out. If you’re a single mother working fifty hours a week in a minimum wage job to feed your two kids, eventually you don’t care where the meat has come from — you want something affordable which you can make quickly so you can go to bed, because you’re knackered from your minimum wage job. And hey, maybe it means you can save another tenner for that family holiday that everyone really needs to get away from their minimum wage jobs.

To change the food production industry, the government would have to control exactly what we put in our gobs — or at least, where what we put in our gobs comes from. If there was less of a focus on meeting a ludicrously high demand for cheap meat and making endless profit, and more of a focus on making sure the climate crisis was brought under control and animals made to suffer less for our pleasure, people would be forced to eat less meat. As it stands, populations are changing the market, but much, much too slowly: change needs to come from above, whence it will come much more quickly than if we wait for the markets to react to consumers.

It’s obviously not just food that’s the issue, though. Take the current fad of reducing how much you fly, especially popular in Germany, where I live. The sentiment is noble, and I appreciate it: fly less if you can; take the train, or the bus, or don’t go away at all. This helps to reduce the damage done to the environment by aeroplanes, which is significant, and also makes you feel a bit better about yourself, as though you’re doing something more than just not using a plastic bag. Go you.

Aside from the fact that going on holiday itself is a privilege which not everyone can afford, going on holiday and not flying is also a privilege. In central Europe, if you are going from one country to the next, flying is almost always cheaper; the one exception I have experienced here is buses to Poland, which can be dirt cheap if you get lucky. Still, with websites like Skyscanner corning the market on cheap flights, it’s easy to pop away anywhere in Western and Central Europe for less than a hundred euros. Tell a working class family who have saved all year for their week away in Spain that they should double their expenses by first travelling to London, and then to Brussels or Paris by Eurostar, and then getting a bus or train from there to their final destination. They’ll tell you first to stick it and second that they can’t afford to do that, in terms of either time or money.

While I agree that if you can travel less by plane due to your financial situation you should, that shouldn’t be the final answer to this question. The solution, again, comes from above. Either companies have sudden changes of heart, decide quarterly profits aren’t all they care about, and commit to making their companies zero emission as quickly as possible, or someone up on high needs to force it to happen. Alternatives are already being worked on: although aircraft themselves probably won’t become totally green for at least 25 years, there are other options, including preventing the expansion of airports and making sure companies offset all of their carbon emissions. This ensures that those who need to fly to get away — those for whom the time needed to travel by other means is too much, and the prices too high — can, and those who don’t need to can travel by train (which, by the way, also needs to be either subsidised by governments or brought under public control so ticket prices become affordable).

Travel is such a big issue in this class war, and recent developments in London highlight the point. Anyone remember the Ultra Low Emissions Zone (ULEZ) which was briefly in the news after being announced by Sadiq Khan? The plan was to expand to Greater London an area in which one must drive an environmentally-‘friendly’ car or suffer charges — whopping charges, mind you. A driver of a car that doesn’t meet the standards will pay £12.50 a day for driving in the zone, as will a white van driver. A driver of a lorry that doesn’t meet the new standards will have to pay £100 a day.

Sixty quid a week for a white-collar van driver to use their vehicle in most of Greater London is a tax that will literally leave people starving. If the majority of your work means you have to use your van in the city, the expansion of this zone will mean that those who have old vehicles which still work but are worth nothing will be penalised, and those who are rich enough to afford something new won’t be at all affected — even if their new vehicle is a gas-guzzling supercar. This, after everyone was told just a couple of decades ago to change to diesel. Those same poor souls who swapped fuel due to misinformation are first demonised and now financially penalised for accepting the bad advice they were given.

It’s clear that a low-emissions zone is needed — air pollution is terrible for the environment, and according to some research, four asthmatics a day are hospitalised in London due to the quality of the air they breathe. But the solution is evidently not penalising the poorest Londoners who most need to use their vehicles in Central and Greater London, particularly when the 25 million pounds set aside by Khan to help Londoners switch won’t cover the cost for everyone. Governments must stop placing the majority of the financial burden on those who suffer the most due to the climate crisis, and properly fund its environmental programmes to ensure this.

The thing is, that the climate crisis is a class issue isn’t even news. Report after report comes out which shows those who will be the most affected are those who are the worst-off. We see companies like Monsanto (Bayer) destroying rainforests, denying their chemicals cause cancer, desecrating ecosystems and not giving even a single fuck about what the results may be for the environment, and we wonder how these people can be so evil. But they can be so evil because they have the money to be so evil, and all they care about is selling their product to make more money so they can carry on selling their product and being evil.

When there are things like the global meat industry, airlines, evil corporations and the military (a whole other conversation) to worry about, it makes no sense to penalise someone for buying a plastic bag in a supermarket because they forgot their rucksack. The solution isn’t to give up meat, to stop flying, and to turn your lights off whenever you leave the room. It’s to make sure the meat you get isn’t destroying the environment, the flights you take are green and offset and the alternatives affordable, and the energy that powers your home 100% renewable. Right now, these solutions are only available to the most privileged among us. Until that changes, the climate crisis will never be brought under control — and the most tragic class war of all time will continue.

Originally published on Medium. The author gave the permission to spread his ideas with you.